It is a well-known fact that vertigo is one of the most common signs of post-stroke syndrome, and it is accompanied by extremely severe pain. These fits can be chronic or sudden. Therefore, it is mandatory that patients discuss any strange symptoms with their doctors to avoid recurrent strokes. There is no telling why exactly vertigos occur. They do regardless of sex and/or age. Severe vertigo coupled with headache occurs in 65% of post-stroke patients.

Notably, vertigo occurs on the third day after a stroke. Headache and head noises appear at the same time. These symptoms may last for about three months and go away gradually as patients rehabilitate. 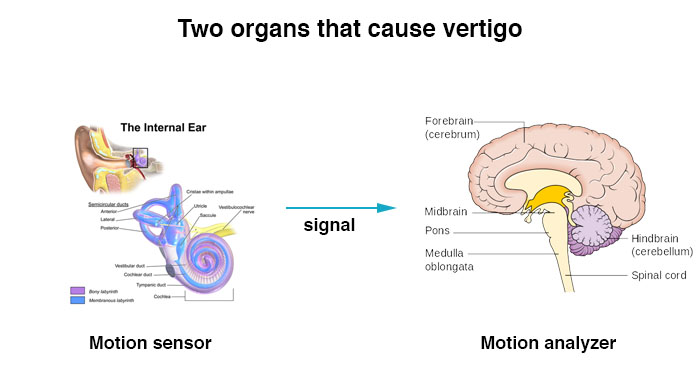 So far, several common causes of vertigo and head noises have been identified. Mostly, vertigos occur due to vascular disorders in the brain. They impair oxygen exchange and cause dizziness. The symptom is more pronounced in patients dealing with cerebellar vascular disorders. Hypotonic patients run a much higher risk of the condition. It should be noted that in patients who had frequent attacks of migraine or other types of headache prior to stroke, these problems tend to get worse and be joined by vertigos. Because women’s blood vessels have a specific structure, they suffer these symptoms more frequently than men.

A stroke affects a vast number of nerve endings. Treatment should include drugs that stimulate blood circulation and do away with headache. Any self-treatment is strictly forbidden. Therapies are prescribed based on data received during tests and examinations (ECG, blood tests, tomography, etc.)

Doctors note that people who have had a stroke are prone to depression. They develop apathy and severe fear of disability. These symptoms occur in nearly all post-stroke patients. Depression-related vertigos are fueled by fear and self-inflicted stress. Such people are sent for a neuropsychological examination, which should be followed by effective symptomatic therapy.

It is highly advised that patients be secured against stressful situations, negative emotions, and other psychological disturbances. They should not try to suppress headache, because the brain condition can get worse.