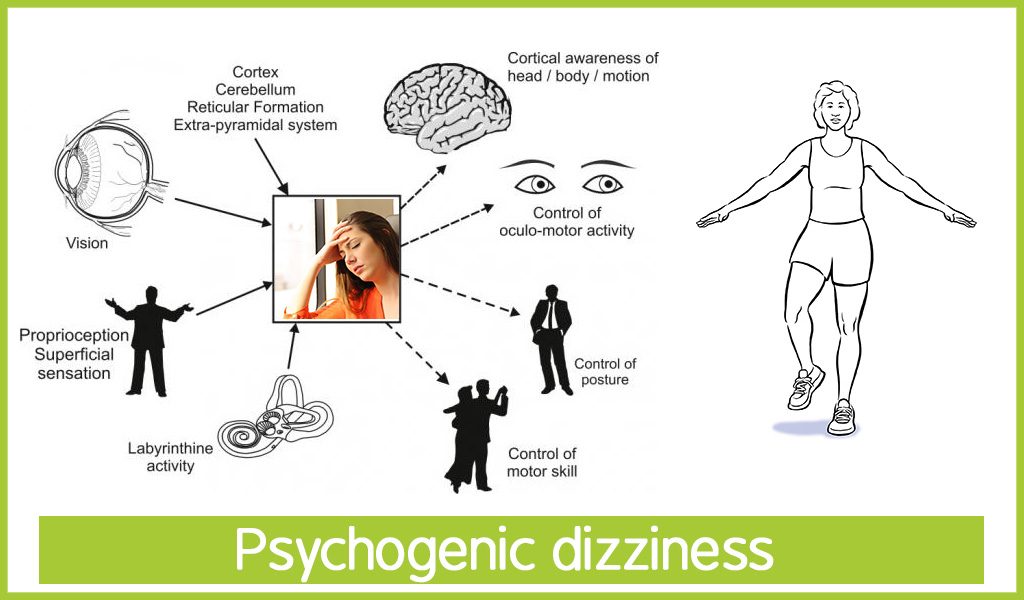 Most often, patients complain of a blurred vision or heavy head. Some patients describe symptoms as a condition similar to alcoholic intoxication. Others describe that they feel faint and malaise. Many people suffering from psychogenic dizziness complain that they experience fear: they are afraid to fall and get injured, they are afraid to lose consciousness, they worry that they might suddenly die.

People can interpret dizziness as spontaneously arising and quickly disappearing sensations of illusory instability of body. Such experiences most often occur when a person crosses certain areas, for example: walking across the bridge, climbing up the stairs, crossing desert terrain. In agoraphobia, psychogenic dizziness occurs when a person moves away from one’s own home.

An unpleasant symptom can develop when person finds oneself is in a busy place: at supermarkets, at meetings, in the subway. The onset of the disease can occur immediately after stressful situation or it might develop under the influence of long-acting psychotraumatic factors. 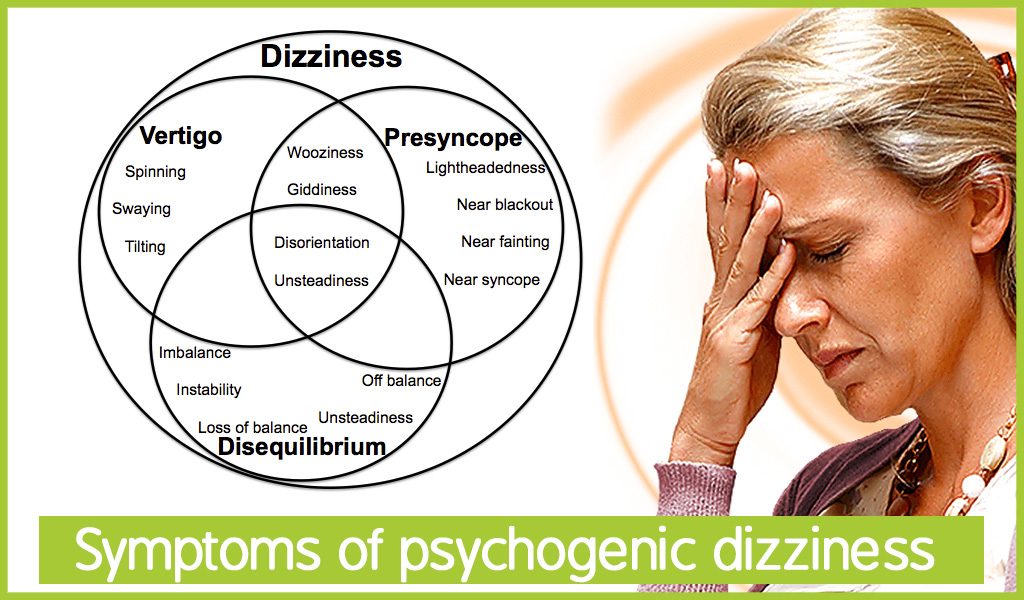 The diseases manifested by psychogenic dizziness almost always include other psychotic symptoms such as: 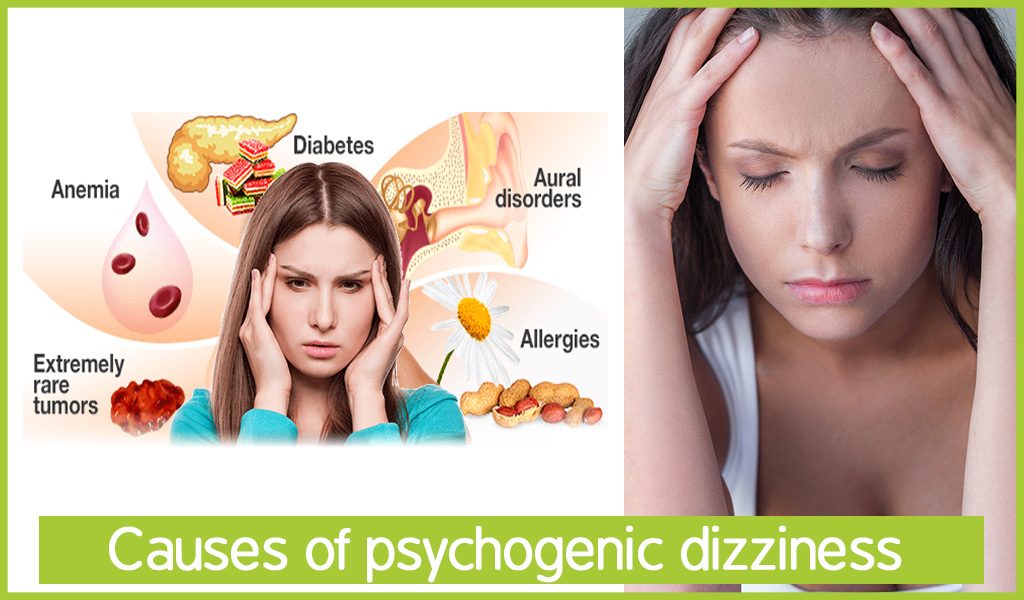 Psychogenic dizziness is very often accompanied by a variety of somatic and vegetative symptoms such as:

The use of antidepressants shows high efficacy in the treatment of psychogenic dizziness.